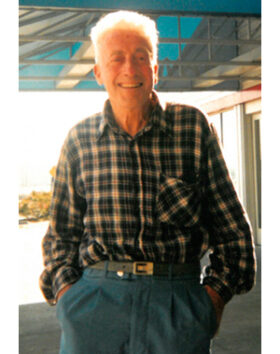 Angus P. MacGillivray passed away peacefully at the Royal Jubilee Hospital on May 02, 2022. He passed away at the age of 93.

He was born in Glasgow, Scotland and after serving in the British army in Egypt, he decided to settle down and got married to Margaret nee McMullen (Deceased 2008), and had three children Heather, Angus and Ken.

In 1957 he immigrated to Canada with a nursing degree and got a job in the Vancouver General Hospital, and then sent for his family. In 1967, he took a position at the Royal Jubilee Hospital where he and his colleagues opened up the Renal unit and saved people’s lives.

Later in life he changed to a career in occupation Health and Safety and worked at Crown Paper.

His passions were art, gardening, writing and always loved a good time.

There will be no service at this time.