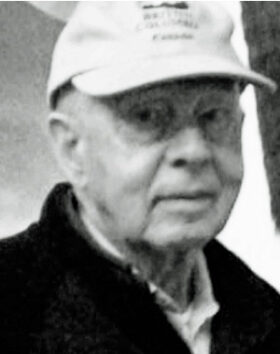 Thousands of geniuses live and die undiscovered — either by themselves or by others. Mark Twain

The family of Neil Church announces with sorrow his passing in Victoria, BC, at the age of 88 on November 7, 2022. Neil was a retired project geologist with the Geological Services with the Province of British Columbia.

Neil was predeceased by his parents Lawrence and Grace Church, and his siblings Thomas Church, Gertrude Farrish, Evelyn James, Corrine Miller, Ross Church and Isobel Finnerty. He is survived by his cherished nieces and nephews: Judi Longfield of Whitby, ON, Terry Martin of Kapuskasing, ON, Lorne Finnerty of Barrie, ON, John Finnerty of North Kawartha, ON, Mary-Anne Church of Keewatin, ON, David Church of Goderich, ON, and Barbara Laidlaw of Norval, ON as well as numerous great nieces and nephews. He also leaves behind close long-time friends and associates who made Victoria home.

As the youngest, Neil loved his mother dearly and looked up to his six amazing siblings. Neil lived by the moto “blood is thicker than water”. He was devoted to his family and visa versa. Neil will be missed enormously by his great niece Erin Finnerty who brought Neil great cheer in his last years. Neil’s sense of humour, punchy remarks, and sense of adventure shone when young Erin was around. They shared a love of animals especially his beloved cat, Tabitha.

Neil studied geology earning his B.Sc. ’59 and M.Sc. ’63 at McMaster University, and his PhD ’67 at UBC. Neil will be remembered as an accomplished academic who produced papers and contributed to numerous publications with the final paper published in 2021. Professionally, Neil always presented in the annual The Cordilleran Round Up in Vancouver. His affiliation within the Geological Survey gave him the opportunity to travel extensively to attend conferences and site visits as he loved learning and sharing his knowledge. His 50-year member with Professional Engineers and Geoscientists of BC is a reminder of his dedication to his career.

Summers of fieldwork, surveying and geological mapping were Neil’s passion. In Neil’s early years, his oldest brother Tom was very influential in his life and his career path. Neil fell in love with running through the bush while working as Tom’s field assistant. Through his field work, Neil contributed to pioneering geological survey work in Northern Manitoba and British Columbia. When Neil was offered a position with the Ministry of Mines in Victoria, British Columbia, he said he had won the career lottery.

In retirement, his passion for geology continued to flourish. Neil established Church Geological Services, obtained a Free Miners Certificate, and started prospecting. Thus, his field work, geological analyses, and documentation continued as he kept his mining claims in good standing.

Remembrance donations made to a charity of your choice would be appreciated by the family. Neil will be interred with his parents in the Tisdale Cemetery in Timmins ON in the Spring ‘23.