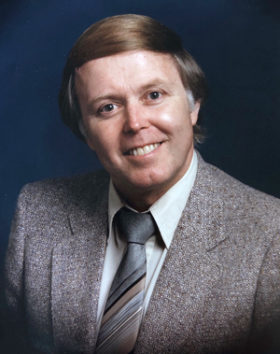 Born on April 6, 1935 in Edmonton, Alberta; passed away peacefully on December 18, 2019 surrounded by loved ones. Survived by his son, Gregory; daughters, Megan (Lee) and Chelsea (Trevor); his sweetheart, Marsha and her sons, David and Jonathan; his grandchildren and his dear dog, Barney. He will be greatly missed by his entire family and many dear friends.

Don will be remembered not only for his long illustrious career in sports broadcasting but also for his kindness, compassion, and genuine spirit. His positive outlook on life was unwavering and his ability to see the best in people brought an aura of joy to everyone around him. His zest for life was contagious and he will live on in our hearts.