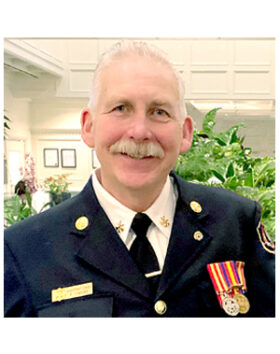 We are heartbroken to announce that Forrest Cecile Owens passed away unexpectedly from complications of cancer on July 21, 2022, at the age of 64.

Forrest is survived by his beloved wife and soulmate of 27 years, Anita, his children Sean (Jessica), Kortni (Chris), Trevor, and Jason, his grandchildren Ethan, Denver, Summer, and Violet, his mother Sharon, his stepmother Donna, his brothers Andy and Elliott, his first wife Gail, along with numerous friends and family. Forrest was predeceased by his father Andrew (1998) and his brother Todd (2020).

Born in Moosejaw, SK on May 6, 1958, Forrest was the eldest of four boys. He was raised and spent most of his life on the Saanich Peninsula. Forrest was kind-hearted, happy, loving, caring, gentle, supportive, and generous. He was also fricken hilarious! He was devoted to his family, friends, career and community.

Forrest started his career in construction as a Red Seal Carpenter. Later he worked in municipal public works. Forrest was a member of the Central Saanich Fire Department for over 35 years. He was a founding member of local 4428. After he retired from his role as Assistant Fire Chief (2018), he continued as a Pain-On-Call Assistant Fire Chief. He was well known and respected in the community not only as a firefighter, but also as an avid fisherman, dedicated coach in hockey and lacrosse, and member on several boards and committees. He was a mentor to many and a true leader.

Forrest will live on in our hearts, memories, and stories forever.

A Memorial Service will be held on Sunday, August 14, 2022 at the Saanich Fairgrounds, 1528 Stellys Cross Road, Saanichton, BC,  V8M 1S8. The procession will begin at approximately 12:00pm (noon) with the service commencing at 1:00pm.

In lieu of flowers donations can be made to the Forrest Owens Memorial Scholarship c/o the Central Saanich Volunteer Firefighters Assocation, 1512 Keating Cross Rd. Saanichton, BC V8M 1W9