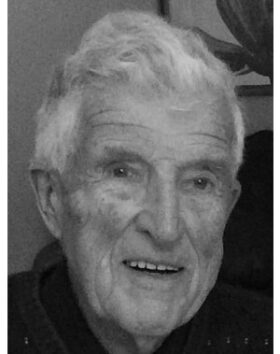 Fred passed away peacefully on September 17, 2021, at the Victoria General Hospital with family by his side. Born in Abbotsford B.C. on November 24, 1928 son of the late  Alfred and Beatrice Mockford. Predeceased by his wife Dorothy, son Ken, brother Jack (Marilyn) and sisters Doris Miller (Ron), Winifred Owens (Reg) and Olive Windle (Al).

He spent his early years on the family farm in Abbotsford moving to Victoria in 1940. He attended Quadra Elementary and Central Junior High.  At age 13 he left school to begin work grooming horses and mucking out stalls at Island Farms Dairy. Over the next 40 plus years he held various positions at Island Farms retiring in 1987 from the position of General Manager. During his time with the Dairy and with great support from the Board of Directors, Fred helped grow Island Farms from a small, local farmer-owned cooperative to one of Vancouver Island’s most prominent and successful companies all the while helping to keep the company a farmer-owned cooperative. 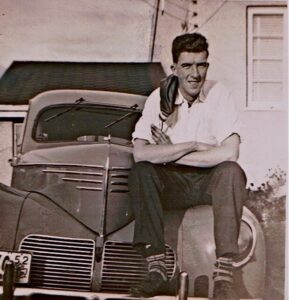 In his early 20’s Fred took a hiatus from the Dairy and moved to Clearwater B.C. to work in the lumber industry.  It was during this time he met the love of his life, Dorothy. His relationship with Dody kept him in Clearwater for a number of years where he worked mostly as a logging truck driver. Fred and Dody married in 1952 and moved to Victoria where they shared over 58 happy years together.  Fred was a responsible, respected and hardworking man. He carried those attributes throughout his life in all undertakings.

Fred was involved with a number of community and charitable organizations including Boy Scouts of Canada, the Victoria Therapeutic Riding Association and the Sidney Food Bank. He was a long standing member of the United Commercial Travelers, a fraternal organization with strong community roots supporting charities, locally and nationally. He was a leader within this organization serving terms as President of the Victoria chapter and then as the Regional Grand Counselor for Oregon, Washington and B.C.  While with UCT Fred and his good friend Jack Burge developed a program teaching children to golf. Golfing was a passion of Fred’s and he golfed regularly at a number of local courses, he was particularly proud of his 5 “hole in ones”.

Fred and Dody enjoyed many years together at their St Mary Lake getaway on Saltspring Island. There they enjoyed time with family and  friends and were involved in the care of the park and maintenance of the gardens.

Sadly, in 2011, Fred lost his loving wife Dody and then his youngest son Ken. He continued on with his family at his side and  his best friend, Izzy the dog. He took great pride and joy as his family continued to grow. He loved family. 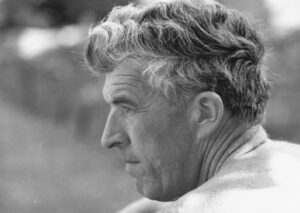 Fred is survived by his daughter Sue, sons Steve (Lorraine), Don (Joanne) and Jim (Liz), 11 grandchildren and 13 great-grandchildren, and by his sister Val Richards (Rob).  His family would like to thank his neighbour Hal and his caregivers Terri, Shelly and Denise, for their kindness and support over the last few years.

A Celebration of life for Fred will be held in the Sequoia Centre at McCall Gardens, 4665  Falaise Dr., Victoria B.C, on Saturday, October 16, 2021 at 2:00 pm. Due to COVID, we request that all attendees be fully vaccinated and wear a mask. If you wish to attend please RSVP to fmockfordmemorial@hotmail.com ( copy and paste this link into your email ) no later than October 10th, 2021  and we will be happy to send you an invitation.

In lieu of flowers please make a donation to the Canadian Cancer Society in his name https://cancer.ca/en/ways-to-give/personal-donation