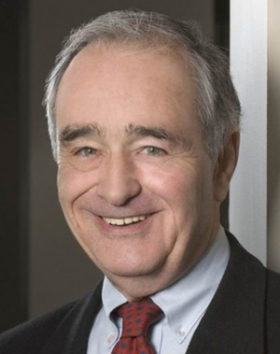 George was born in Victoria and grew up in Vancouver before graduating from Lakefield College School in Ontario. He married his beloved first wife Lou in 1954 and obtained his law degree from UBC in 1958. In 1973 George remarried and leaves behind the light of his life, Linda. He also leaves behind his adored sister Helen “H-Berg” Heaney; his devoted children with Lou and Linda, Lynne (Stewart), Wendy, Cate (Shane), Sue, Brett (Michelle), Scott (Kerry), Sara (Matt); eight grandchildren, two great-grandchildren and numerous other family members. 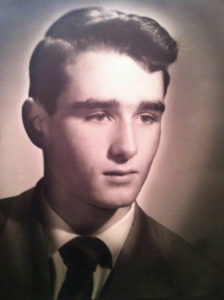 George practised law for over 50 years, most notably establishing the firm of Jones Emery where he specialized in tax litigation. George loved nothing more than a battle, taking on the “big guys” with delight, always fighting for the underdog. He worked tirelessly and relentlessly for his clients, often working pro bono. He firmly believed that access to the law was a right, which made him a fierce and passionate advocate, if not a wise businessman! George was able to end his illustrious career with the firm of Horne Coupar, to whom we are eternally grateful.

George was also passionate about sports, rugby in particular. Through his life, he started no less than four rugby clubs across Canada including the Ottawa Irish and the Velox Valhallians. He was instrumental in establishing the Canadian Rugby Foundation and the Braefoot Athletic Association. He coached or managed many baseball, soccer and rugby teams over the years and mentored countless people along the way.

George was a pillar of the Victoria community. He was an Honorary Patron of the Edercare Foundation as well as a past board President, he was a member of the Victoria Boxing Commission, and sat on countless other boards and commissions. Many years ago he was given the keys to the City of Victoria (which he promptly lost!). You could not walk down the street with George without someone stopping to say hello.

George acutely understood the unfairness of economic disparity and used his privilege to make a difference where he could. He was a strong believer in social justice and the concept of equity rather than equality. George tirelessly gave his time, his commitment, his expertise and his passion. He made a difference.

George will be missed by so many, no more so than his family. He was our anchor. He was truly one of a kind – there will never be another George Jones. To the very end, he kept his famous charm, sense of humour, love of the “f” word, and the indelible twinkle in his eye.

The care, support and love that the staff at Kiwanis Pavilion and the Cridge provided to George were true blessings to him and our family.  In lieu of flowers, donations may be made to Parkinson Canada, the George Jones Scholarship at the Canadian Rugby Foundation, the Kiwanis Pavilion, the Cridge Centre for the Family, or the Victoria Eldercare Foundation.

A Celebration of George’s Life will be held at a later date.  Condolences may be offered to the family at www.mccallgardens.com.