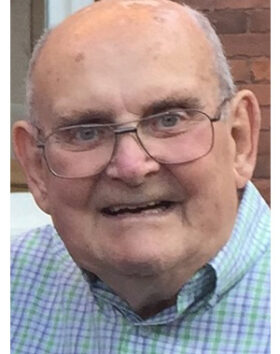 Jack passed away unexpectedly but peacefully at his home in Victoria B.C. on January 2, 2022 at the age of 87.

Jack was born February 14, 1934 and was raised in Calgary, Alberta, attending Holy Angels and St. Mary’s schools and later Mount Royal College before moving to Victoria, B.C. There he raised his family and immersed himself in the St. Patrick’s and Holy Cross church communities. He had a successful career in business management, and always enjoyed good humour, people, scouts, hockey and later golf, vacations and classic movies.

He was a man devoted to his family and faith. When recently ask by a grandson doing a university project interview on his life for any final thoughts, he said, “It’s important, I think, to be honest. Look after your people. I’ve looked after mine.” That was Jack and was evidenced by him and Joan gathering family from across the country for reunions in Tofino every other year beginning more than twenty years ago.

Due to the COVID pandemic restrictions, there will only be a service for immediate family, with a broader Celebration of Life gathering to be scheduled at a later date. If desired, memorial tributes can be made to the Victoria Hospice Society.