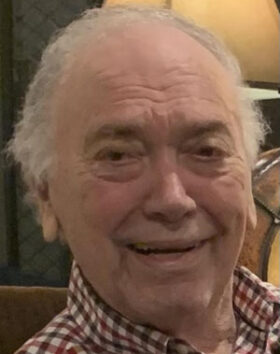 Jorge is survived by his wife, Zofia, and children, Chris (Debra) Caso-Rohland, Alexandra (Greg) Caso-Gustafson, Veronica (Bil) Hetherington; grandchildren Eva Caso-Rohland, Hunter and Jorge Hetherington.  He will be missed by many relatives and friends around the world.

Jorge and Zofia married in 1968, after both receiving their master’s degree in international law in Kiev.  In 1969 they moved to Santiago, where Jorge worked for the Chilean Economic Development Agency (CORFO) supporting President Allende.  In 1973 they left Chile due to a Military Coup and settled in Canada with their children Chris and Alexandra.  Soon after that their youngest daughter, Veronica was born.  Jorge started his career with Amoco (BP) in 1974 and retired with BP in 2009.  His career took Jorge & Zofia across the world.

Their 58-year adventure had them establish home bases from Kiev, to Santiago, Edmonton, Calgary, Warsaw, Houston, Belem, Irkutsk, Moscow, Calgary, and finally to Victoria.  Additionally, they travelled the world on vacations away from work, exploring Europe, Asia, the Middle East, Africa, North and South America.  Everywhere they went Jorge was able to make deep lasting relationships, he spoke the local languages and treated people well at every level.  Jorge ended his career as Director of Finance and Control, Member of the Board of Directors for many joint interest partnerships and was awarded an honorary citizenship by the Governor of Para Brazil, for his work supporting local people.

Jorge’s greatest pleasure was having strong relationships with family and friends.  His retirement was filled with family events including vacations, dinners, coffees, movies, and sea side drives.

A Celebration of Jorge’s Life was held in the Sequoia Center at McCall Gardens, 4665 Falaise Drive, Victoria, BC on Tuesday, May 24th, 2022, at 2:00pm. For those unable to attend in person please join us virtually.

Condolences may be offered to the family below. To view service click below.