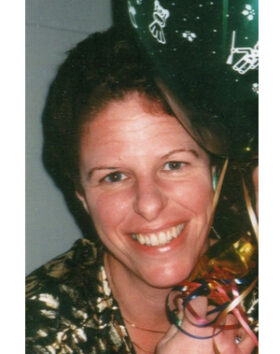 Mary, 62 years old, was born in Victoria BC on January 14, 1960 to Gerald and Frances (nee Zareski) Cavin, the youngest of five siblings.  She was predeceased by her parents, and is survived by Joe of Victoria BC, Martin of Port Moody BC, Greg and his wife Irene (nee Balych) of Kelowna BC, and Maggie of Victoria BC, many cousins and their families throughout BC, Ontario and Nova Scotia, and faithful, long-time friends Kathy Coutts, Juel Hawley and Lucy Tomminen.

Mary attended St. Patrick’s Elementary School, followed by Oak Bay Junior Secondary and Senior Secondary Schools, all in Victoria BC.  From the age of 18, her entire career was spent at the Royal Jubilee Hospital, initially in Dietary, and finally as a Supervisor in Central Processing Services, retiring early in 2006 due to illness.  Active and athletic, Mary enjoyed swimming, sailing, playing baseball and following hockey.  Eschewing mundane lodgings, she lived for a few years on a sailboat in Victoria’s Inner Harbour, and later, in attic suites in old houses – one of them haunted!  Mary relished her cruise through the Panama Canal and two cruises to Alaska with family and friends.  Every year she looked forward to the family’s biannual vacations at Yellow Point Lodge and spending several weeks at Eagan Lake in the Cariboo.   A lover of the great outdoors, Mary was at heart a cowgirl, happiest when relaxing with her dog in a lakeside log cabin, riding horses and branding cattle.

At age 46, Mary sailed through a perilous operation, and though never able to work again, she beat overwhelming odds to again live independently, continue to drive, vacation often and volunteer routinely until a stroke severely impaired her in May 2018.  Despite the stark contrast between her past activity and subsequent immobility, Mary never complained.   The family is very grateful for the extraordinary care Mary received from the attentive staff at Mount St. Mary Hospital for the last 3 ½ years.  A special thank you to Dr. Lisa Veres, Mary’s long-serving physician, who treated Mary like a beloved sister rather than a patient, and who prolonged the quality of Mary’s life immeasurably.

Mary has been cremated and will be interred alongside her parents at Ross Bay Cemetery, Victoria BC.  A Memorial will be scheduled at a future date.