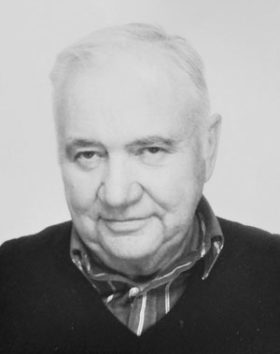 It is with deep sadness that the family announces the sudden passing of Mirek Janusz on August 24, 2020 at the age of 83. Mirek was born in Warsaw, Poland to parents Romuld Janusz and Maria Szugajew. He had an older brother, Richard, who passed away four years ago.

Mirek was trained as an electrician in Poland and served in the Polish navy. He was very excited to come to Winnipeg, Canada in July 1962. He married Beverly Woychyshyn October 1, 1966.

In Canada, he worked in several positions – eventually retiring as chief supervisor for the CP Rail maintenance facility in Montreal. They retired to Kingston and he became the owner and manager of a fishing lodge in the Thousand Islands.

Mirek and his brother Richard shared a love of sailing and built and rebuilt a number of boats which they sailed on Lake Winnipeg, Lake Ontario and in the Caribbean. In 1971 he brought his son Mark to Canada. Mark married Susan, and they had two sons Andrew and Tyler. Andrew and his wife Melissa had a son Marcus just a month before Mirek’s passing. Sadly, both Mark and Susan predeceased Mirek.

Mirek’s passions in life were his wife Beverly, dog Jamie, sailing and skiing. He is survived by his wife Beverley, brothers Ron and Michael, in-laws Carol, Richard, Lesley, and Christine, and many nieces and nephews. He was loved and will be missed by all.