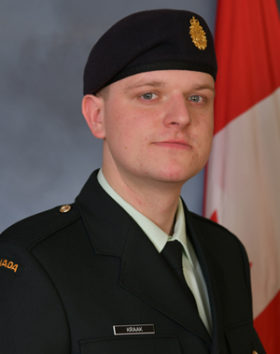 Rudi William Kraak was born 4 am December 12, 1994 at Vancouver Children’s Hospital, to the most excited though exhausted parents, Vince and Beverley.

We lived in a lovely old apartment two blocks from Stanley Park, so we had many strolls through the woods and around the sea wall. In 1995, Rudi joined Granny Hope (Stewart) and his Mum Beverley for a trip to Ontario, his first airplane trip of the many to follow.

In January 1996, the Kraak family decided to move back to Sydney, Australia, and on July 2, 1996, Rudi’s younger brother Louis was born. Life was good in Australia, so much sun and many hours spent at the white sandy beaches, body surfing and lazing about. As we had no extended family near, our friends became our family.

Being in Sydney also made it easier to travel back and forth to New Zealand where his Oma, Catharine Kraak, and Opa, Vincent Kraak, Sr., lived in Auckland. They originally came from Holland moving out after the War and decided to stay forever. Vincent has two sisters Fran and Sue and with their families, we would spend many Holidays.

During his years as a child, Rudi went on numerous flights to Canada and New Zealand. On these long flights, both our boys did extremely well with occasional stops along the way (game boys were a big hit then). Also, these were times that kids could sleep on the floor in front of you (more legroom) and meet the pilots in the cockpit. We often made occasional stops along the way. His favourite; Disneyland in California, where he loved the thrilling roller coaster rides.

Rudi was a curious and adventurous child, never shy of scrambling up a tree, jumping off a cliff to the water below, swimming through the surf and snowboarding at crazy speeds. He played soccer and rugby but was never really into these sports – team sports were not his thing, but he tried. He was a natural swimmer and joined a Swimming Club – up at 5 am!

At age 14, in February 2009, Rudi moved to Ladysmith on Vancouver Island with his family. He attended Ladysmith School joining midway through Grade 9. Whatever jitters he may have had quickly disappeared as his cousins Ciaran Boyle and Conor Boyle also attended the school making such a transition easier.

Rudi was an incredible storyteller and would often have the table in stitches – he soon made many close friends in his new home in Ladysmith. It was hard to censor him and he did not appear to have an off switch. He was such a cheery, humorous guy. He tried many types of martial arts but always kept coming back to boxing; he was not shy about getting into the mix.

In 2012, after graduating from high school, Rudi moved to Victoria to look for work.  While out driving with his Mum, resumes in hand, he popped into the Victoria Regent Hotel on Wharf Street but was gone for a long time. They had interviewed him immediately for a concierge/front desk position. When heading home, Rudi’s phone rang, and he got the job. How we laughed as they wanted him to start ASAP!

Rudi worked at the hotel for six years. He was loved by both residents and colleagues, getting many Google reviews as to his kindness, humour and general helpfulness. He would move furniture, water plants, have tea and a chat with the elder residents. He would help colleagues when they needed time off or were new at the job.

He wanted to make a difference in his life and to his community, so applied and was accepted into the military. He was sworn in on his birthday, December 12, 2019 – and was flown out to Basic Training in St Jean de Richelieu, Quebec, January 4th, 2020. He loved being in the military, marching constantly, carrying 40 pounds, bivouacking in minus Celsius temperatures, doing guard duty in said cold temperatures, running obstacle courses – he appeared to love it all. He was always there for his friends, platoon, or anyone if they needed help. He was a kind, generous most gentle human being and thus winning the Comradeship award was no surprise nor when he joined Wounded Warriors and Big Brothers.

Rudi William Kraak died suddenly on Saturday night, July 18th, 2020. He was 25 years old and he will be remembered in our hearts and memories forever. Our wonderful smiling, cheeky, kind, generous, full of life young man. Rudi leaves behind a large family of 7 Aunts, 5 Uncles, 13 Cousins and an extended family of 70 mainly in BC, Alberta, Ontario and the US on his Mothers side and Oma, 2 Aunts, an Uncle, 3 cousins and their families in NZ and Japan on his Fathers side. Rudi has also left behind an extended family in Australia who will miss him so very much.

In lieu of flowers, the family ask that you donate on behalf of Rudi to his two charities, Wounded Warriors, https://woundedwarriors.ca/ and Big Brothers & Big Sisters, https://bigbrothersbigsisters.ca/

Click the video below to view Rudi’s Memorial Service held in the Sequoia Centre at McCall Gardens on Saturday August 8, 2020.