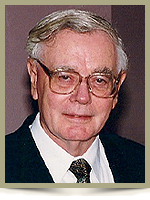 Thomas George Heppell, B.Ed., M.Ed., died on January 13, 2011 at home in Victoria with his family by his side. He was a native Victorian, born on January 6, 1931. Predeceased by his brother, Mike (Mary) and sister, Mary (Clarence) Tayler; Tom is survived by his beloved wife of 51 years, Lois; children, Janice (Klaus) Vogel, Robin (Cindy Miklic), & Patrice (Fred) Patterson; grandchildren, Lorenz, Victoria, Haleigh, Troy & Faith; and many relatives in Victoria, Ontario, and England. He will also be missed by his many close friends and former students.

Tom was a teacher in Greater Victoria for 25 years and continued to teach (and learn) even up to his final days.

His favourite hobbies included fishing, telling stories, socializing with old and new friends, reading history books, working in his garden, and traveling – although Victoria was his paradise. Tom will be especially remembered for his love of his dogs, but above all – for his love of his family.

Visitation
Family and friends may pay their respects at McCall Bros. Floral Chapel, Monday, January 24, 2011 from 7 to 8 pm.

Donations
In lieu of flowers, donations may be made in Tom’s name to the Greater Victoria Retired Teachers, Scholarship Foundation, ℅ Brian Tetlow, 81 High Street, Victoria, BC V8Z 5C8.

Condolences for the family may be offered at
www.McCallBros.com
Victoria, BC 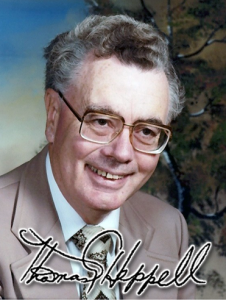