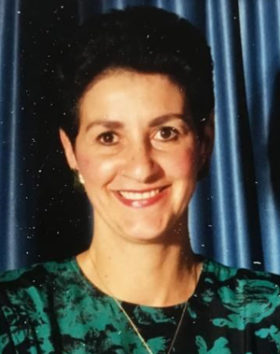 Velma passed away Sunday morning in the arms of her loving husband Pierre at their home in Victoria after a brief battle with cancer. Born in New Waterford, Nova Scotia, Velma moved with her large family in 1960 to Calgary, beginning her career in film exhibition as a cashier at the Grand Theatre, where she met Pierre, the general manager. Rising through the ranks at Canadian Odeon, Velma went on to manage the Odeon in Southwest Calgary, where highlights included playing The Sound of Music for a year. The couple, who were married in 1971, moved in 1981 to Victoria, where Velma managed the Haida Theatre and the Towne Cinema, now the Vic, before reuniting on the career front at the Odeon with Pierre, who until their joint retirement in December of 2018 was general manager at Cineplex Entertainment’s downtown flagship cinema. Known for her warmth, welcoming disposition and quietly efficient management style, Velma, a familiar fixture in Victoria’s theatre district, will be fondly remembered by friends and film fans. Velma leaves behind sisters Mary, Ellie, Sharon, Barbara and Elaine; brothers Earl and Michael, and is predeceased by brother Tony (2009) and sister Paula (2015). She is also survived by nine nieces and seven nephews and predeceased by nephew Tony (2003). Also left to mourn is Pierre’s son Lance Neale and family, and the Gauthier family.

No service by request. In lieu of flowers, donations can be made to Victoria Hospice, https://victoriahospice.org/