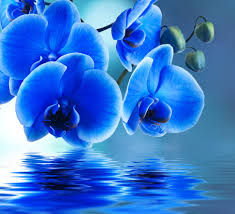 Bill died on Sunday, March 25, 2018 in Victoria B.C., the city he retired to.   He was born in Manitou, Manitoba on June 21, 1936, was raised in Manitoba and northern Ontario and was based for most of his life in Ottawa.  He is survived by his sister Arlene Southern, brother Don and his long-time partner Robert Sterling.

In 1964, Bill joined CUSO and found his calling in international development.  Assigned as a volunteer to a teaching position in Nigeria, he was soon appointed to work for CUSO and led the programme during the tumultuous civil war period.  On return to Canada, he went to work for CUSO taking on increasingly responsible positions until 1974 when he was chosen to become the Executive Director of WUSC, the World University Service of Canada, where he remained until his retirement in 1991.  He played a critical role in building WUSC into the organization it is today, reviving the WUSC International Seminar programme, establishing the WUSC Student Refugee Programme and leading the organization in taking on a major role in the government of Canada’s programmes in more than 20 developing countries.   Bill was committed to supporting Canada’s role abroad and committed to expanding opportunities for Canadians to contribute to and take part in the lives of people in developing countries who were striving for improvement and success.

He was noted for his cooking skills and hospitality and was renowned for the dinners and receptions he hosted for foreign visitors of all walks of life and for the quality of his friendships with colleagues, Canadian and International.

A Memorial Service will be held at St. Barnabas Church at the corner of Belmont and Begbie in Victoria, BC on Friday, April 6, 2018 at 3:00 pm.  There will be a reception in the church hall following the service.