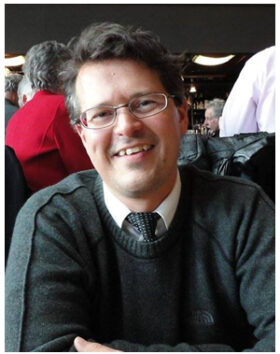 Clint attended primary school in MacDowall, SK, and then secondary in Prince Albert, SK, where he graduated from St. Mary High School. After high school, he moved to Saskatoon, SK, and obtained his Bachelors of Commerce (Finance) degree from the University of Saskatchewan and was accepted into the College of Law at the University of Victoria in 1999.  He received his Juris Doctor, Law in 2002, and was called to the bar after articling in Vancouver, BC, in 2003.  He then returned to Victoria, BC, where he would call home. Clint worked for the Province of British Columbia in various departments for more than a decade, before venturing out to private practice. He loved the research involved in supporting and arguing his cases.

In the midst of all that, Clint took on the most important job of all in 2008 by becoming a father. Nolan was Clint’s pride and joy. They enjoyed kicking each other’s butts at video games and Clint used his joy of cooking to spoil Nolan with special meals. They shared a passion for sports and took trips together to attend NFL and NHL games. Clint took great joy in watching Nolan in all of his pursuits, but football was his passion. He was a dedicated father and was excited to be a football dad. The two of them enjoyed camping as well as spending time with family.

Clint was a member of Mensa Canada and loved learning and challenging himself. He also loved trivia and could retain the weirdest information.  It was a mistake to challenge him at Trivial Pursuit.  He’d also skunk you any day of the week if you made the mistake of saying yes to a game of cribbage. He was an avid reader and often researched topics that piqued his curiosity. He loved vintage sport cars as well as working with his hands.

A celebration of Clint’s life will be held at the Shelbourne Street Church of Christ, 3460 Shelbourne Street, Victoria, BC, on Saturday, July 2, 2022 at 2:00 PM.  In lieu of flowers, donations may be made to a local food bank.