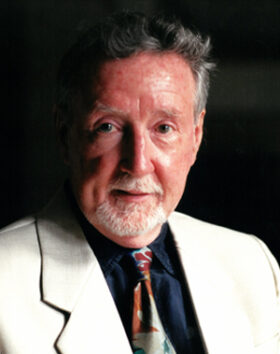 David passed peacefully at Victoria BC on October 11, 2022, with his wife, Karen Jensen, and one of his sons, Robert, at his side.

Born on February 25, 1940, in Campbellton NB and raised in Montreal QC, David was predeceased by his parents, Edwin Flaherty and Mary (Harquail) Flaherty. He was also predeceased by his brother, Hon. Jim Flaherty PC, and brother Ted. He is survived by his wife, Karen, sons Sean (Ann), Michael (Shauna) and Robert (Christine), stepchildren Jake and Alex, grandchildren Nicole, Nina, Sam, Caleb and Jack, and his sisters and brothers Ann, Gerry, Patrick, Norah and Mary.

Having received the gold medal in history at McGill University, David received his doctorate in history from Columbia University. He went on to teach American history at Princeton University and the University of Virginia before returning to Canada, to what was then the University of Western Ontario, where he was appointed in the law and history faculties. Building on his early scholarship, David broke new ground in privacy law and policy, publishing influential papers and texts on topics such as privacy in modern surveillance societies. He was known internationally for his academic and policy work on privacy and is remembered as a major contributor to the establishment of Canadian legal history scholarship.

In 1993, the British Columbia Legislature appointed David as the province’s first Information and Privacy Commissioner. He established the office from scratch, quickly building it into an internationally respected regulatory body in both freedom of information and privacy. After his distinguished service in that role, David established a busy consultancy, wisely helping governments, public institutions and businesses across Canada navigate their legal obligations while doing the right thing. Along the way, David was a mentor and confidante to many, generously offering wise counsel over the years.

During his nearly thirty years in Victoria, David devoted thousands of hours to the community. He was a long-time board member and president of, and donor to, Pacific Opera Victoria and was a generous donor to many other arts and community organizations, including the Victoria Symphony and the Art Gallery of Greater Victoria. His charitable contributions also benefit many other organizations, including the Garth Homer Society and the BC Cancer Foundation.

His many contributions as a scholar, teacher, policymaker, regulator and community volunteer were justly recognized by an honorary Doctor of Laws degree from the University of Victoria in 2018 and Royal Roads University’s Chancellor’s Community Recognition Award in 2015.

David will be sorely missed by his family and his wide circle of friends and former colleagues around the world, all of whom knew him as an intelligent, wise, kind and generous man.

A private commemoration has been held and a celebration of life will be held later.