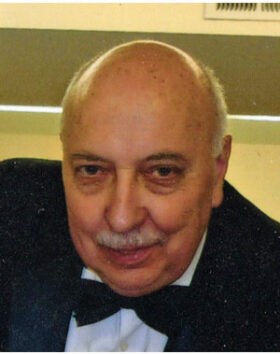 Dennis died peacefully on December 13th, 2022 in Duncan, BC. He was born on August 3rd, 1941 in Victoria, BC. Predeceased by his wife Susan, son Allen, and survived by his other son Brian and family, his sister Colleen and family, and his close friend Joan.

Dennis joined the Royal Canadian Navy in 1959 – 1967 as a part of the Technical Apprenticeship Program. After the navy, he worked with BC Forest Products for several years before settling into a career as a Technician/Draftsman for the Frozen Sea Research Group at the Institute of Ocean Sciences. After retiring from the Federal Government, worked on computers, small engines, and electric scooters at different companies. His greatest passion later in life was riding his Motorcycle and being in the great outdoors.

Dennis was a dedicated lifetime member of the Masonic Order and the Order of the Eastern Star.

He will be greatly missed.

Many thanks for the excellent care and support provided by the staff at Island Health for their palliative care. May they obtain the staff and resources they need to support people in their time of need. In lieu of flowers, donations may be made to the Shrine Children’s Hospital Foundation.

As per Dennis’s final requests, only a small private family ceremony will be held.