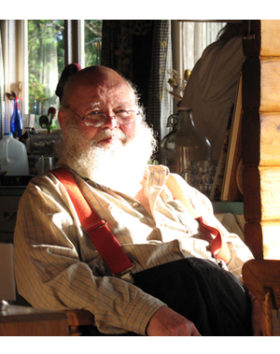 A Happy Sunday Message to Dad

Dad didn’t believe in Father’s Day. Nor any of the ‘made-up’ holidays, including Mother’s Day, to which mum vehemently disagreed! Rather he believed every day should be Father’s or Mother’s Day. So we kids would always call up to say “Happy Sunday!” and he’d always reply, “Is it?!” with an incredulous tone.

Leaving us just before Father’s Day, this memory, and so many countless others will sustain us as we learn to live without our rock. 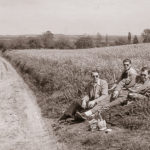 A friend once remarked he must have been an international spy; he seemed to have always been a part of major world events and was so knowledgeable about them. He would just laugh… Hmmmm? 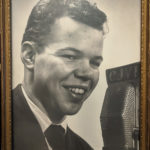 As a kid in Victoria, he delivered groceries to Emily Carr, worked summers in his much-loved Island forests and began his radio career in high school at CJVI. A DJ, music producer and host in Holland and London during the 50s and 60s he was front and centre during an exciting music explosion and social shift. He played the 1st Beatles record ever played on the radio, on his nightly Radio Luxembourg show ‘Ray’s On’. Radio Luxembourg was the biggest station in Europe and the only place you could hear the new music in England, bypassing the BBC’s tight broadcasting control and censorship. He flew and reported on the first commercial non-stop flight from London to Vancouver, which he remembered taking almost a day; met, photographed and interviewed celebrities and politicians throughout Europe; and lived in London, Holland and Portugal before returning to Victoria. After radio, he worked with the BC Government before an early retirement turned him into a farmer on his beloved acres. 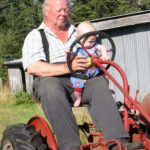 But for all the jet-setting and exciting life, Family was everything to him. He met our lovely mum while he was in London in the 60s, and they were married for 54 years. With all the ups and downs a long and strong partnership brings, their love, humour and support would always win through. Mum often said she fell in love with his voice. She is beautiful, strong and compassionate, so it’s no mystery what he saw in her. Together they expanded each other’s world and provided a loving and strong home.

To us kids, he encouraged us equally to experience as much as we possibly could; to take chances and chase our dreams, telling us there were no barriers to what we could achieve. During a time when gender roles were more rigid, he gave all three of us our own initialled hammers and taught us to use it. He was always there to teach us whatever we wanted to try whether it was: learning to drive; hammer a nail; cook an exotic meal; the mastery of British comedy; plant a garden; the art of the garage sale; fishing; to try not to judge; to do what was right; and, to work hard for what we wanted. For everything you instilled in us Dad, Thank you.

Always larger than life, quick to find humour, non-judgmental and insatiably curious, dad loved to meet people and travel the world. He was generous with his time and 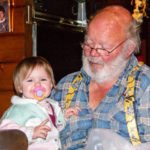 help, full of stories and a wonderful host. He could do anything, and if he didn’t know how, he’d learn and master it – all before Google! From growing prize veggies and raising animals; showing us the wonders of the BC forests while camping; cooking amazing meals for family and friends and making wine, port, ‘champagne’ and questionable salal liquor; tackling stained glass and black-smithing; sewing his own shirts; building anything; photography and developing, and writing. So many interests and hobbies it’s hard to list them all, but some of those traits he passed on to us, and I’m so grateful for it.

He could be stubborn and impatient, and typically Victorian-era stoic, but we never once doubted his total love and complete support for the family. It’s all we could want.

Happy Sunday Dad… or rather Happy Every Day Dad

In lieu of donations/flowers, please raise a glass (or two) to Ray.  Condolences may be offered to the family below.