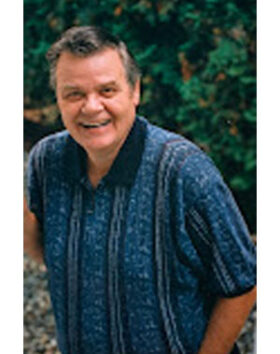 He is absent from the body, present with the Lord.

George will be deeply missed by the love of his life, Effie Jean (Fishback) of 58 years.

Loving and cherished father of Bob (Amy), Bill (Charlene) and Lisa (Andrew Peebles).   He was a much loved “Grandpa” and will be deeply missed by his five granddaughters Maiya, Nicole, and Kaitlyn Stephenson of Langley, BC and Amelia and Elyse Stephenson of St. Catharines, Ontario.

George was born in Toronto, Ontario to the late George and Rubina Stephenson.   He is pre-deceased by his sister Carol Stecher of Windsor, Ontario, brother-in-law William Fishback and in-laws Clarence and Edith Fishback of Tillsonburg, Ontario.

George began his banking career in Windsor, Ontario and later transferred to Toronto and then St. Catharines as a Bank Manager.

In 1986 George and Effie and three children left for Belem, Brazil with UFM/Crossworld to serve at the Amazon Valley Academy.   In Brazil George took on a role as financial administrator for eight years.

In 1994 George and Effie returned to Langley, BC where George served UFM/Crossworld for the remainder of his working years.  During this part of George’s career, he took on a role of recruiting others to become missionaries with UFM/Crossworld.

George and Effie moved to Victoria in 2009 where George was active as a member in The Gideons International as well as a faithful member of Central Baptist Church.

George will be greatly missed as a loving husband, father, grandfather, brother, uncle and friend to many.

A celebration of life will be held on Saturday January 28th, at 2:00pm at Central Baptist Church – 833 Pandora Avenue, Victoria, BC.

As expressions of sympathy, donations may be made to Crossworld Canada via their website: https://crossworld.ca/give