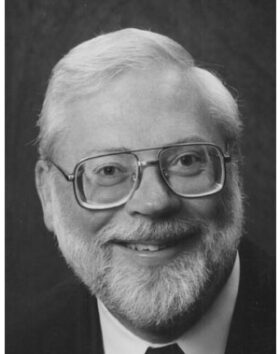 On August 23, 2021 at the age of  73, Jerry passed away, at Victoria Hospice, joining his precious wife May, who passed away three years previously.  Throughout his life, Jerry’s acerbic nature combined with a quick wit made him a treasured brother, uncle, colleague, and friend.  Generous with his time, he was a mentor to many, both within and outside of, the legal community, served on multiple Boards including the Union Club (President 1998-1999) and several foundations, and was active in numerous Masonic Orders.

His passing complies with an emphatic personal request he made to his brothers Tony and Brent five days before – “I do not want to live thru another Federal election!”  Such was Jerry.  He will be missed.

In keeping with his wishes, donations may be made in memory of Jerry/Gerald Sauder to the Victoria Hospice Society  https://victoriahospice.org/how-you-can-help/ways-to-donate/donate/ or ( 250-519-1744) and/or VGH & UBC Hospital Foundation supporting the Solid Organ Transplant Unit https://vghfoundation.ca/ or ( 604-875-4676).

It is with a heavy heart that we inform you of the unfortunate passing of Past President Gerald (Gerry) B. Sauder.

Gerald B. Sauder was born in Saskatoon, Saskatchewan in 1948. Shortly thereafter, his family moved to Vancouver, BC where he was raised, attended grade school and the University of British Columbia. Upon his graduation from UBC School of Law he embarked on a one-year grand tour of Europe by ten-speed bicycle prior to moving to Victoria to commence articles and the general practice of Law.  Mr. Sauder first practiced Law with David Skillings, a former President of the Union Club, and then as a partner in the firm of Shaw Sauder.

Mr. Sauder was continually active in community affairs. He had been honoured as a Life member of the Kinsmen Club of Saanich and served as a Member of the Advisory Planning Board of the City of Colwood, Director and President of the Greater Victoria Hospitals Foundation, Director Victoria Hospice Society, and Director of the Kinsmen Rehabilitation Foundation. He served on various fundraising committees, private charitable foundation boards and was active in numerous fraternal organizations.

Mr. Sauder served as President of The Union Club of BC from 1998 to 1999. As a result of the Clubs skillful and adept management over his and previous years he was able to officially burn the Club’s bank mortgage. The Club’s then only remaining debt was what was owed to its Members under the Renaissance program. Mr. Sauder’s other achievement during his Presidency was to re-secure the services of Michael Hamilton as Secretary-Manager, thus assuring the continued growth and successes of the Club.

Condolences and memories may be shared with the family below.