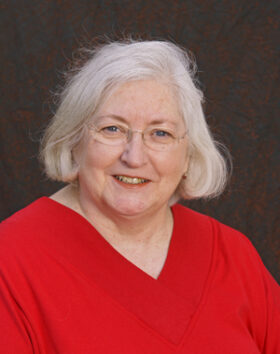 It is with great sadness that we announce the loss of our wife, mother and grandmother, Gerrie Wise.

Gerrie lost her ongoing battle with cancer on November 27th, 2021, at the age of 76. She leaves behind her husband of 55 years, Jerry, as well as her sons Jim (Autumn) of Chilliwack, Peter (Joanna) of Regina, and grandchildren Emma, Evie and Connor as well as her sister Daisy.

Gerrie was born in Camrose, Alberta in 1945 and moved frequently until her family settled down in Saanich, B.C. where she attended Colquitz Elementary School and Mount View High School.  Gerrie completed a diploma at UBC Business School and embarked on a career in corporate banking. It was on the job that she met fellow banker, Jerry, in 1966 who she wed the next year.

In 1969, Gerrie and Jerry purchased recreational land on Mayne Island on which they built their first cottage in 1973. This became their beloved second home.

With the birth of their two sons in 1981 and 1983, Gerrie retired from the corporate world and became a full-time mom. The family lived on an acreage in Langley for 25 years that was also home to numerous family cats, ducks, and Gerrie’s favourite, horses.

Gerrie was always ready to help the community and in 1988 joined the Langley RCMP Detachment as a civilian employee. During her 20-year tenure, Gerrie was tasked with the massive undertaking of introducing the Block Watch program to the Township. In 2003 she was presented the Anthony J. Hulme Lifetime Award of Distinction for her key role in local and provincial crime prevention and safety strategies. Always generous with her time, Gerrie served as the President of BC Crime Prevention Association and on the Board of Directors with the Otter Co-op. In 2008 Gerrie was honoured as the Chair of the Federated Co-op Annual General Meeting in Regina.

Gerrie and Jerry retired from business life in 2008 and moved full-time to Mayne Island. However, Gerrie was not ready to sit still. She became the Mayne Island Emergency Preparedness Coordinator and worked tirelessly at growing and professionalizing the operation for the next 10 years.

Gerrie was a voracious reader, a gifted seamstress, a great listener and a proud mother and grandmother. She lived a full, loving and giving life.

A celebration of Gerrie’s life will be held in the Spring. Condolences may be offered to the family below.