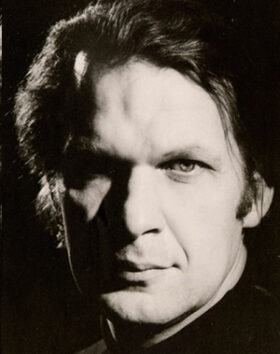 “The brightness that leaps from his canvasses is like crystals seen through a microscope.” TIME

Artist and colour master Henri van Bentum, 92, of Victoria, BC, passed away tranquilly in the company of his beloved lifelong partner, Natasha van Bentum, on April 2, 2022.

Henri was born on August 13, 1929 in the Netherlands. The son of diamond-facetter Hendricus Johannes van Bentum and Antonia Alberse, Henri began painting after WWII in a sanatorium during a long bout with tuberculosis.  Later the doctors said ‘taking up painting saved his life’.

Cured, he immigrated to Canada in 1957, where two years later in early spring he travelled by train to the Rocky Mountains to paint, a trip sponsored by friend and doctor Wilf S. Goodman.

While painting ‘en plein air’ at Moraine Lake, two faculty members of the Banff School of Fine Arts came upon him unexpectedly. When they saw what was on his easel, Henri was invited to attend the school’s summer session (which he didn’t know existed). Having no money, they waived the usual fees.

Ironically it was in the Rocky Mountains that Henri discovered he was a born abstract painter, and left representational art behind, never turning back.  In Toronto he studied with J.W.G. (“Jock”) Macdonald, his respected mentor.  Two one-man exhibitions at Roberts Gallery followed.

Henri’s work is represented in over 200 public and private collections. He had solo exhibitions in Paris, New York, Banff, Mexico City, Toronto and Montreal. The Paris exhibition was officially opened by then-Ambassador to France, Jules Léger.

Henri freely shared his love of art, especially colour, with others, teaching classes with new Canadian immigrants and lecturing widely throughout Ontario.

Henri was a pioneer, as well, of the Artists in the Schools program in Ontario.

All this was done despite a facial disfigurement caused by a failed mastoid operation in his boyhood during WWII in the Netherlands, in which he also lost hearing in his right ear.

Soon after arriving in Canada, a plastic surgeon performed a pioneering, 8-hour operation that restored some symmetry to his face, but sadly this was undone when the original (mastoid) condition recurred in the late 1980’s and another operation was required.

But Henri, a born raconteur, was steadfast. He persevered with sharing and giving teachings despite this disability.

In 1972 while living with Natasha in Morocco and on the island of Madeira, Henri created his opus, the “Organiverse Portfolio” – a series of 100 mandalas in pointillism, each 8.5 cm in diameter.  Dot by dot, “atom by atom”.

Later, back in the Rocky Mountains 1980-85 where Natasha worked at The Banff Centre, Henri embarked on a new series in watercolour, “Spatial Rhythms” and gave a solo exhibition at the Peter Whyte Gallery.

Meanwhile the ‘Organiverse Portfolio’, took on a life of its own.  In 1975 it had been made into a 35mm film and represented Canada at several international film festivals.  In 2005 a limited-edition portfolio of the Organiverse was followed in 2007 by a handheld set, with each mandala on an individual card, contained in a box made from recovered west coast wood.

Henri was actively creative until the very end. Recently Organiverse took on yet another form, a digital video production of the 100 mandalas joined with poems by Rabindranath Tagore’s “Gitanjali”, produced and narrated by friend Brian W.E. Johnson.

van Bentum’s work evokes organic processes of the macrocosmic and microcosmic levels, reminding viewers “what lies above, so below”.   This led NASA’s public outreach program of the Chandra X-Ray Observatory to launch an online exhibit, “Coloring Space”.

The exhibit juxtaposed images of space with a selection of Henri’s paintings. Friend and astronaut Chris Hadfield called the project “a lovely fusion of science and art”.  While Chris was Commander of the International Space Station, he took along a memory stick containing all 100 mandalas.

Henri was a prolific writer and correspondent with friends around the world. Following a diagnosis of bladder cancer in 2015, Henri wrote five children’s stories, all illustrated by Arizona friend P.J. Heyliger.

He was an intrepid world traveller, having been to all seven continents.  These travels were undertaken on a shoestring budget. Henri’s mode of travel ranged from foot, bicycle, donkey, camel, jeep, bus, train, freighter and passenger ship to dingy, dug-out canoe, dive boat, sailboat, to Piper Cub and helicopter.

Henri circumnavigated the globe three times in the company of his partner of 51 years, Natasha, and was a proud member of the Circumnavigators Club. He was also a snooker aficionado, a passion he continued to practice into his 90s at the Union Club, with its heritage Billiards Room, winning a trophy six years ago.

Throughout his rich and varied life, Henri continued to share and give widely. He embodied the motto of his hometown Amsterdam: “Valiant, Steadfast, Compassionate” (Heldhaftig, Vastberaden, Barmhartig).

A memorial gathering will be held mid-August in Victoria at a location to be decided.