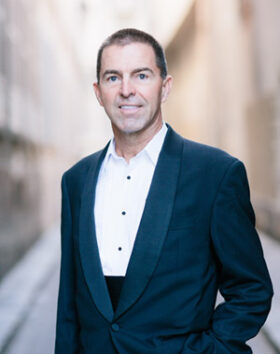 It is with profound sadness that the family of Kevin Arthur Bennett announce his passing on October 23, 2022 at the age of 65. Kevin was born in Mt. Forest, Ontario and was a graduate of the University of Western Ontario with a degree in Chemical and Biochemical Engineering. Kevin enjoyed a long and successful career in Calgary’s oil and gas industry. Kevin became a glider pilot at the age of 15 and enjoyed decades of recreational aviation. Most recently, he was a part of the Falcon Warbirds in Arizona where he proudly flew his vintage WWII Stearman biplane. Among a long list of activities and interests, Kevin was passionate about his partnership in the Calgary Stampeders Football team where he was privileged to share in three Grey Cup Championships.

Kevin will be lovingly remembered by his wife of 20 years Patricia, his son Ryan (Tarilyn), and daughter Jennifer. Kevin is also survived by his wife’s daughter Jennifer Simmons (Clark); nieces Jaime Arthur (Ryan), Jessica Lagrotta-Snook, Meg Lagrotta-Morgan (Neil), and Christie Burnett (Travis), as well as his brother-in-law Danny Lagrotta. Kevin will be missed by his grandson Evan Bennett, granddaughter Blake Simmons, and great nephews/nieces Caleigh Arthur, Zachary Arthur, Charlize Snook, Chase Snook, Jayden Lagrotta-Morgan, Haley Burnett, and Luke Burnett. He also leaves behind his dogs, Floki and Poppy. Kevin will be missed by many other friends and family.

He was predeceased by his parents Kelley Bennett and Joan Boucher, as well as his beloved siblings Nancy Bennett-Lagrotta and Howard Bennett, his niece Nikki Bennett, and his infant son Randy.

A private memorial service will be held at the family’s request.

Condolences, memories, and photos may be shared and viewed at www.McInnisandHolloway.com. In living memory of Kevin Bennett, a tree will be planted in the Ann & Sandy Cross Conservation Area by McInnis & Holloway Funeral Homes, Chapel of the Bells, 2720 Centre Street North, Calgary, AB  T2E 2V6, Telephone: 403-243-8200.

Memorial donations can be made in Kevin Bennett’s name to the McInnis & Holloway Memorial Forest Tree Program, or to the BC Cancer Foundation (www.donate.bccancerfoundation.com).

The family wishes to send thanks to the palliative staff at the Royal Jubilee Hospital in Victoria for their care and compassion. Special thanks go to Dr. Christine Jones, District Nurse Lance Radzka, and the whole staff on the community palliative team for all their care.