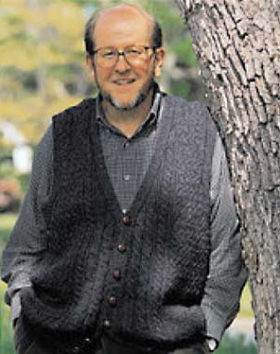 McCann, Lawrence (Larry) On June 18th, 2020 Larry McCann passed away in Victoria’s Royal Jubilee Hospital, with his adoring children at his bedside. Born in Victoria on 2nd June to Mary Olive Esme McCann (Thompsett) and John Bernard McCann, Larry grew up in Oak Bay where he was often seen delivering papers with his dog Lady, or playing street hockey with his neighbourhood friends – the fondly remembered ‘Mitchell Street Blue Bombers’.

Passionate about sport, Larry played for a number of local teams and was actively involved in school life at Oak Bay High School. He then attended the University of Victoria, where he developed an interest in Geography and also met and married Susan Skinner in 1967 (d. 2014). Larry earned his doctorate at the University of Alberta in 1972 and taught briefly in the Geography Department at the University of British Columbia before moving on to Mount Allison University in Sackville, N.B. There he spent 17 years, (the last five as Edgar and Dorothy Davidson Professor of Canadian Studies), before returning to UVic. for two decades before retirement in 2012.

In Sackville, Larry and Susan welcomed daughter Meaghan and son Hugh into the family. In welcoming academic and local communities, including that of Sackville’s St Andrew’s Church, Larry and Susan forged many cherished and life-long friendships across the Maritimes.

Larry was a proud father and a dedicated husband who always put his family first. He immensely enjoyed spending time with them. This often meant travelling with them through Atlantic Canada, Vancouver Island, and Europe, Asia and South America.

The author of some 70 scholarly works, McCann was a significant contributor to Canadian Studies. He will be remembered particularly for conceiving and editing Heartland and Hinterland a ground-breaking interpretation of Canadian geography (1987, 1992 and 1998); for his pioneering use of business records in the interpretation of Canada’s regional structure; and his lovingly-crafted 2017 account of the Victoria suburb of Uplands. His interdisciplinary leadership and contributions to understanding Canada were recognized by the award of the Massey Medal of the Royal Canadian Geographical Society in 2001.

Larry is fondly remembered by students across the country, as a great listener and for the wisdom that he conveyed.  His creative approach to teaching, which involved frequent field trips through the streets of Oak Bay and Uplands, inspired countless students to pursue careers in Geography.

A dedicated contributor to the Victoria community, Larry served on many local societies including the Advisory and Design panel for the Municipality of Oak Bay and the city of Victoria’s Heritage planning group. He led the bid for the Uplands neighbourhood to be designated in 2019 a National Historical Site of Canada and Imagining Uplands is a legacy and gift to Victoria’s residents and scholars everywhere. To ensure that his many years of meticulous work on local history benefitted the community, he donated his research materials to the archives of the Municipality of Oak Bay.

He will be deeply missed by numerous friends who were a source of great comfort and companionship over many years of walks, golf games, shared meals, cups of tea and ginger treats. All who knew him will remember his kindness and generosity.

By request, a private family event will take place at a later date. Messages of condolence and fond memories may be sent to the family to ldmccann1945.2020@gmail.com