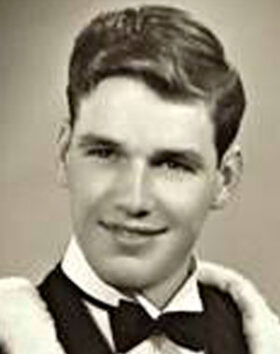 He was pre-deceased by the first love of his life, best friend, and soulmate, Joan (née deBeer), whom he met in Montreal in 1944 while he was in the Navy and married in September 1949, after graduation from the University of Manitoba with a degree in Civil Engineering.

They lived in Hornepayne and Toronto, Ontario, before moving to Winnipeg in 1952. After returning to Toronto for post-graduate work (MASc 1954), Craig worked for the Greater Winnipeg Water District and its successors, the Metropolitan Corporation and the amalgamated City of Winnipeg, in various capacities from Design Engineer to General Manager of Works and Operations, until 1981, when he and Joan moved to Victoria, BC, where Craig worked for the Capital Regional District, retiring as Chief Engineer in 1986.

During his working career, Craig was active in many engineering and environmental associations, serving as president of the Manitoba Professional Engineers, the Western Canada Water and Wastewater Association, the Federation of Associations on the Canadian Environment, and as a Regional Director of the American Water Works Association. He was proud to have received a Nuffield Fellowship in 1966 to study water treatment systems in the UK for six months, the AWWA Man of the Year award in recognition of distinguished service, and the Queen’s Silver Jubilee Medal in 1977.

Craig left many monuments to his working career but he often said that his greatest pride was shared with Joan in their four daughters and their grandchildren.

Craig and Joan were active in curling, cross-country skiing, camping, fishing, and travelling. They and their girls tented all over Canada, the US, and Western Europe, and after his retirement Craig and Joan travelled by motorhome across Canada and into Mexico many times.

Who knew Craig would find a new, deep, and abiding love with Isabel, whom he and Joan had known in Winnipeg. They married in May 2009 and Isabel joined him to live in Sidney, BC. Craig and Isabel were very close as they enjoyed their beautiful ocean view or travelled together to various destinations in North America, Europe, and Mexico.

In his later years, Craig struggled with his physical and mental decline, necessitating many years’ stay at Rest Haven Lodge, where he was supported and cared for daily by his devoted wife, Isabel. A spark of that sharp engineer’s brain and strong spirit remained until the end. In his prime, he could pun for hours, fix any technical problem, and enjoy life anywhere from a beach to a costume party to a formal banquet.

The whole family is grateful to the wonderful staff at Rest Haven Lodge in Sidney, BC, and send their thanks to all for the care and consideration given to Craig since 2014.