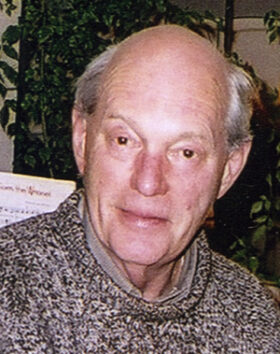 It is with great sorrow that we announce the passing of our beloved father, on the morning of November 25, 2021. Bob died peacefully, in Victoria, with family by his side.

Bob was born in Camrose, Alberta, on July 9th, 1939, to parents Mary and Jerry Wilson. His brother Jim joined him a few years later and the family moved often, living in various locations in British Columbia. They settled in Vancouver when Bob was a young teen

Music has always been one of Dad’s greatest passions. He began learning violin as a child and later became a talented bass player. Bob discovered jazz as a teenager, and was hooked.  He frequented and performed in many jazz clubs around Vancouver, most notably, the Cellar. Bob continued to enjoy and support musicians for the rest of his life.

After graduating from Kitsilano high, Bob worked in banking for seven years, before becoming a salesman. He was successful at and enjoyed this career which he continued until his retirement in 2002. Bob had a friendly persuasive knack for sales and befriended many of his customers. Once retired, Bob volunteered regularly with Sendial, which allowed him to keep in touch with his pals in the grocery business. He also helped the Salvation Army raise money for their annual Christmas kettle bell campaign. He felt strongly about this cause and encouraged everyone to donate generously.

Work brought Dad, his wife, Carol and daughters to live permanently to Victoria in 1970. In his spare time, he enjoyed hosting backyard barbeques with friends and family. Good times occurred when he had a mess of trout or a large salmon to cook. Bob loved the outdoors; fishing trips to the interior and around the island with his buddies were always a great joy to him. He was loyal and always had a joke to share.

Although Bob lived with deteriorating health problems for many months, he never complained.  He faced adversity with unwavering courage and bravery. Dad was active in his church and had a strong faith.

Those wishing to do so may make a donation in Bob’s memory to the Salvation Army, https://salvationarmy.ca/

‘We love you Dad, may you rest in peace’