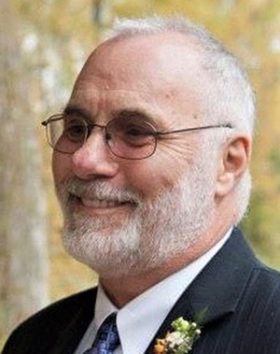 Paul passed away at RJH after a brief battle with cancer. Writing was his medium of choice and he took enjoyment penning this obituary.

Born in Yellowknife and raised in Calgary, Paul was still working on the growing up part with his last breath.

Pre-deceased by his parents, Walter and Eileen, his brother Bob and a whole lot of friends, Paul leaves to mourn the joy of his life, his family: three children, seven grandchildren and five great-grandkids, as well as innumerable friends across the continent; oh, and several ex-wives.

Most of his childhood was spent living in or very near the open country of NE Calgary, which he and his friends wandered with abandon, bows in hand.  He contracted most of the childhood diseases, including polio in 1953 which involved a fairly extensive recovery process.

A Little Leaguer as a kid, Paul would go on to play fastball, skydive (34 jumps), mastered skiing (face plant, turn, face plant, turn) and even a bit of tennis and golf, practising the four basic elements: swing, swear, search, repeat.  Fish seemed to stop biting whenever Paul was in the boat, so the invitations eventually dried up.

Paul joined the navy the morning of his 17th birthday, spending half of his nine years in submarine service on HMCS Grilse and Rainbow, a stint that became one of his great passions in his later life. He was a volunteer firefighter and ambulance attendant with Langford before his release from the Navy.  He drove off-highway logging trucks for a short time after his release before getting on with the Victoria Fire Department where he spent five years, becoming Secretary-Treasurer of IAFF Local 730.  He then moved on to the HR/LR business full-time, first with BC Systems Corporation, then a variety of roles and positions on the mainland, including contracts with BC Rehab, Red Cross Blood Services during the transition to Canadian Blood Services and a cherished five-year stint with the manufacturer Teleflex Canada Ltd.

A volunteer throughout his life, Paul served with a wide variety of organizations including, the GV United Way, Victoria YM/YWCA (chair), GV Christmas Bureau (chair), BC Country Music Association, and more recently, the C&CC Gutsy Walk, Tour de Victoria, and Symphony Splash. He spent countless hours with the Submariners Association of Canada executive, for which he was awarded the Queen Elizabeth Diamond Jubilee Medal.

Rather than a poet, Paul maintained he was a biographer for poems who wanted their story told in the old fashioned, plain-talking, storytelling, end of line rhyming style he called Cappuccino Cowboy Poetry.  Some of them were written in lyric format and some of those were turned into songs by music friends.

Paul wanted to ensure that his most sincere appreciation was conveyed to the myriad of Doctors, Nurses and Lab Staff whose compassion was always evident.  And to the many, many family and friends who shopped for him and took him to appointments and listened patiently as he went on and on.  And, to the countless friends who provided such wonderful support throughout his final waltz around the dance floor.  When asked for a summary of his life he responded, “I was blessed”.

A celebration of life will be arranged at such time that regulations allow.