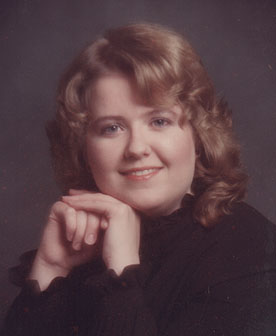 Carol of Pears Road in Metchosin, BC, died suddenly in her 65th year, 27th of September 2020, a quiet Sunday evening, at home, due to complications from Amyotrophic Lateral Sclerosis (ALS). Carol was born on 29 September 1955, to Jean and Forbes Colgate in Woodstock, Ontario.  In the early 1970s, having decided it was time to shake up her life, she jumped on a train in Woodstock and headed for the west coast.  She lived in Victoria, then in Sooke, back to Victoria, and finally to Metchosin.  That adventurous spirit and curiosity for what life had to offer never left her.

She studied at the University of Guelph, Camosun College, and the University of Victoria, and was a life-long learner before that term was in vogue. She married the one true love of her life, Dave Hutchinson, in 1997 on April Fools Day because, “Why not?”  They were both active in the Victoria Fish and Game Protective Association and the Malahat Marauders.  Their wedding included friends from the Marauders, and Carol’s parents, all decked out in 1880s clothing.  The dowry, paid in gold, was passed over to Dave in a leather pouch.  Confetti was blasted over them from black powder guns and her Dad’s double barrelled ghillie gun.

Carol and her belovèd Dave enjoyed life in rural Metchosin most of all, puttering around the place, improving the pond, and delighting in scores of different birds at several feeders, 30 to 50 Mallards on the pond, and anywhere from a few to a dozen black-tailed deer that adopted the back yard, enjoying the blackberries and basking in the heat reflected from the white stucco wall.  All manner of wildlife found a safe home there, gravitating toward the positive energy Dave and Carol created.

Even through the difficulties of living with ALS, Carol was always the first to make a joke, share a song, or have a chat about world news or politics, her latest audiobooks, or fill everyone in on the latest birds at the feeders.  She saw ALS as just another of life’s challenges that she would meet with positivity, perseverance, and a little creativity.  She only let herself get down when she had to face one more thing that she could no longer do.  She’d have a little cry, say “Oh, damnit!” then get back to doing what she could.

Through the support of, and with much gratitude for the caregivers from VIHA (Vancouver Island Health Authority), the ALS Society of BC, and the care of her brother Brian, Carol was able to remain at home for the final stages of her life, thankfully to the very end, which was important to her.  With the intensive care needed for many people living with ALS, this would otherwise not have been possible.

Carol is loved and mourned by her siblings, Brian Colgate, Susan Colgate, Cathy Coss, and Pat Warder, along with a host of nieces and nephews, her cats, and her caregivers, neighbours, and online correspondents. She was preceded in death by her belovèd Dave (2012), her parents, Dr Robert Forbes Colgate (2006) and Jean Colgate (2017), and her brother, Philip (3 September 2020).

Carol’s wish was to be cremated.  Her ashes have been combined with Dave’s, and with a portion of her parents’ and they will be scattered alongside the walking path around the pond and yard where all the wild critters live.  Due to the restrictions imposed by COVID-19, there will be no gathering.  A memorial site will be created online.

In Memoriam donations would be appreciated to the ALS Society of British Columbia, 1228 – 13351 Commerce Parkway, Richmond, BC V6V 2X7, or online at https://www.alsbc.ca/donate/ or to the organization of your choice.

Condolences may be offered for the family below.