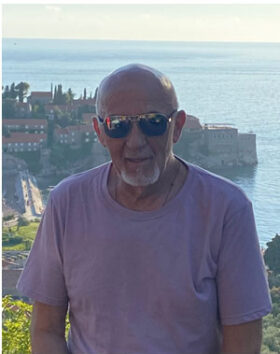 We would like to announce the passing of Dan Slobodan Miljevic on January 21st, 2023. He passed after a short illness which left all his loved ones in deep sorrow and sadness.
He will be greatly missed by everyone who had the chance to know him as a person.

He was born in Montenegro on September 10th, 1954, in the city of Niksic, and moved to Canada in 1969 to the city of Calgary where he lived with his family and raised his 2 children. He worked as a welder and later on as a restaurant owner.
He was the epicentre of his family as the eldest son and always the one the family turned to. He will forever be in our hearts and thoughts.

Dan leaves behind his mother, Mara; his wife, Milena; daughter; Maria (Ognjen); son, Marko; grandchildren, Emilia and Filip; his brothers, Zoran and Goran; as well as many other relatives and friends.